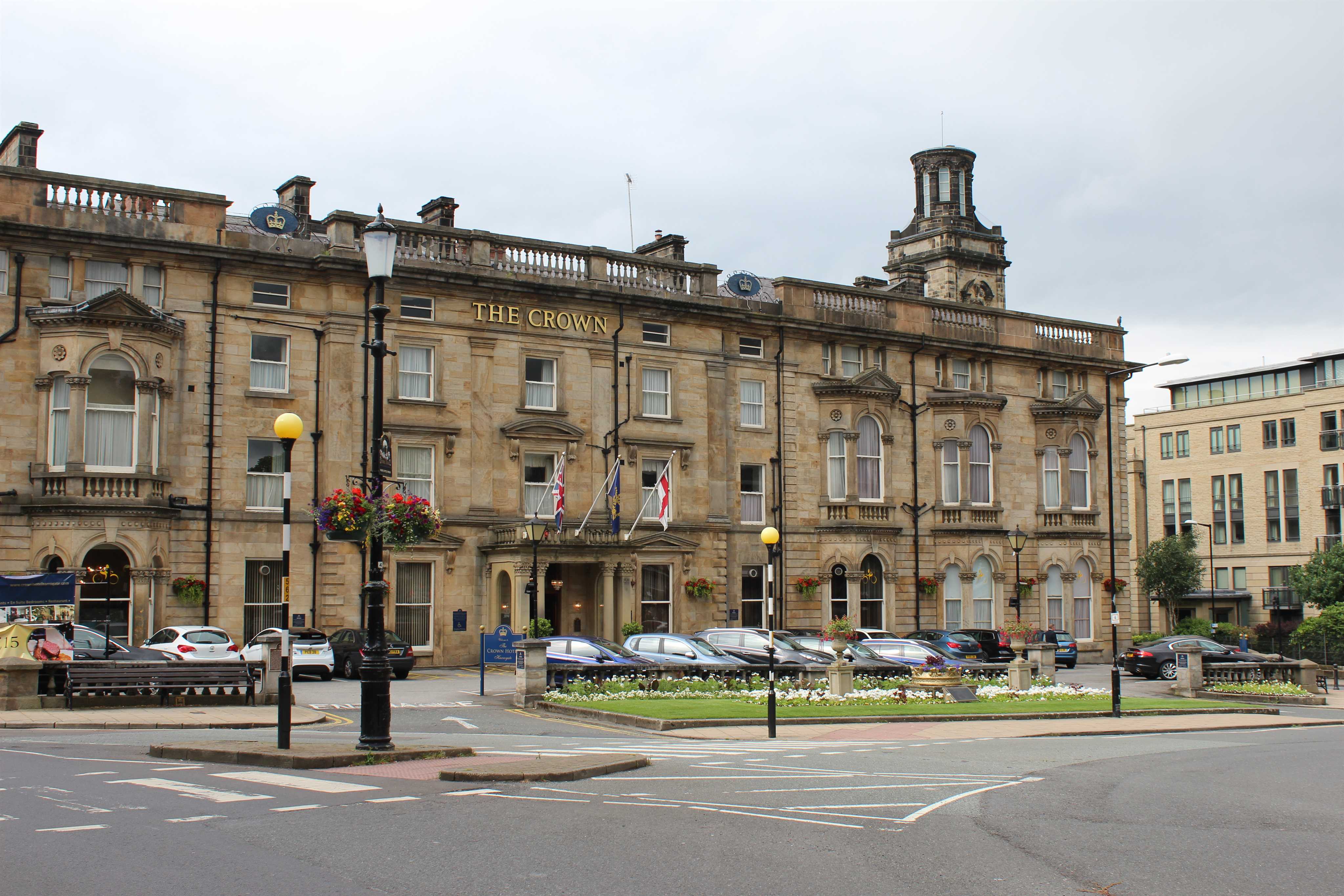 Visit to Barrie by the Tewit Youth Band in 2018

The City of Barrie hosted the Tewit Youth Band from Harrogate from July 31 to August 9, 2018. Members of Barrie’s International Relations Committee had met the Band’s President, Mr. Colin Gibbs, BEM, and some members of his band the previous year at the Stonefall Cemetery in Harrogate in 2017, when they played during a wreath laying ceremony in honour of the 666 Royal Canadian Air Force Servicemen who are buried there. 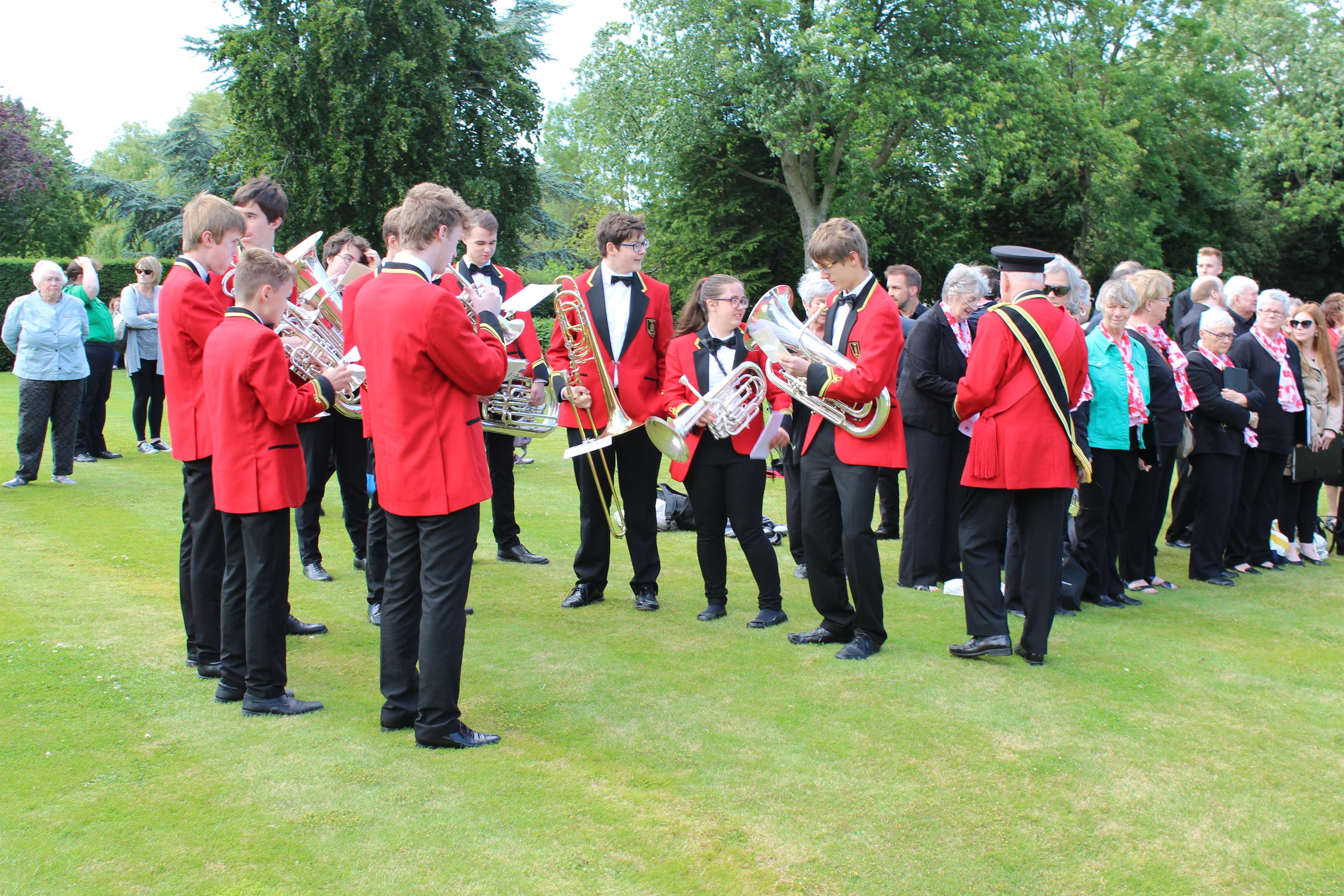 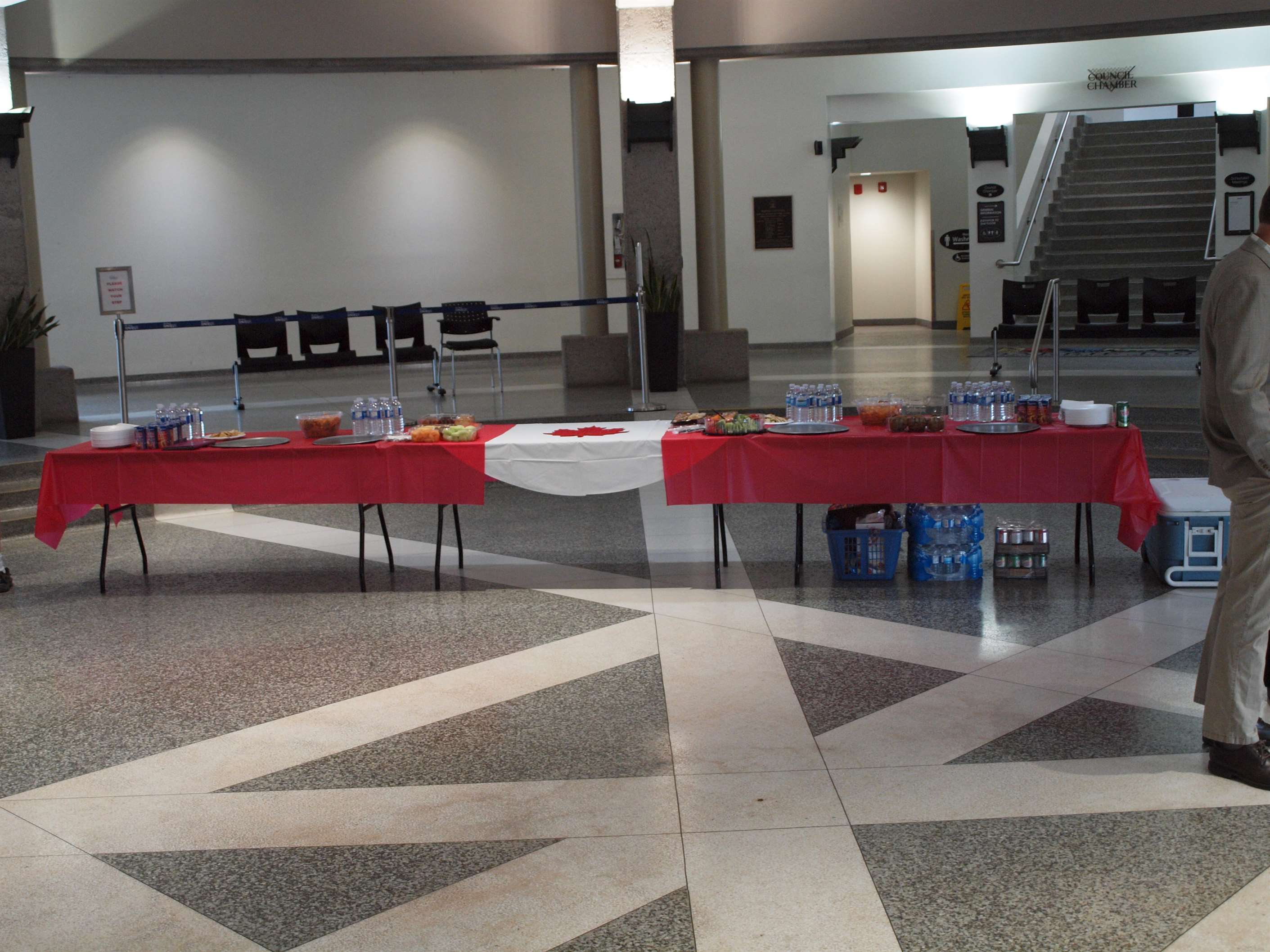 A reception awaited the delegation at City Hall, where they met their host families for their 10-days stay.

The Band was met at Pearson International Airport by Jean Maurice Pigeon and transported to Barrie City Hall for a welcome reception with the Mayor, local MPs, MPPs, and other dignitaries. There, they were paired up with their home-stay host families. After a good night’s sleep, the Band travelled to Niagara-on-the-Lake and Niagara Falls to see the world-famous attractions before playing to a packed concert at St. Andrew’s United Church that evening. Some of the delegation members were fortunate enough to have been able to operate the lights that lit up Niagara Falls that evening. 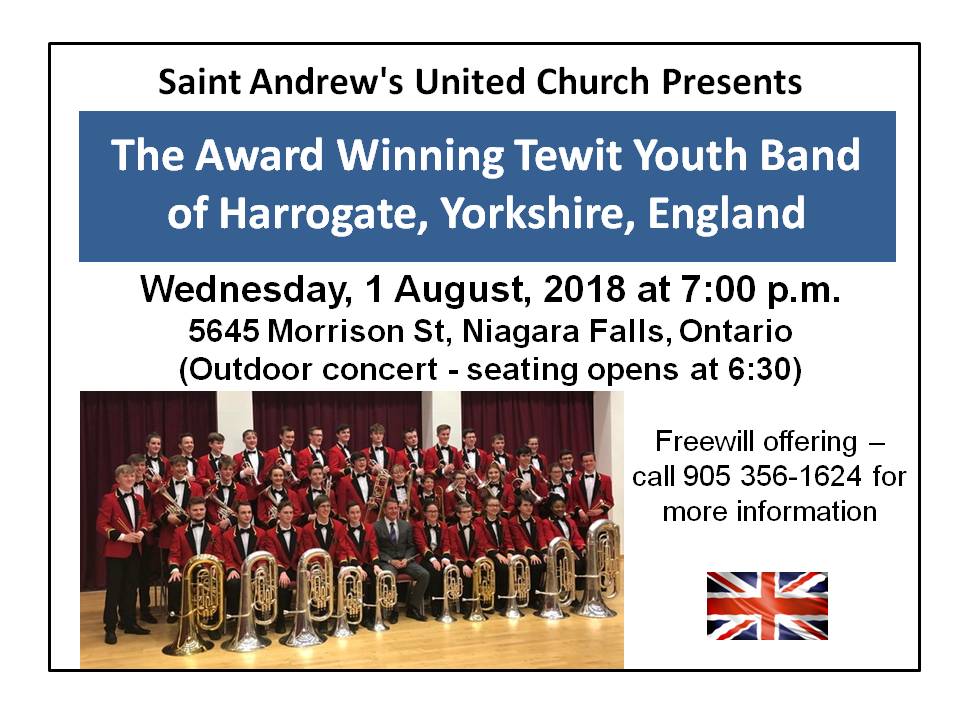 The ticket for their concert in Niagara Falls. 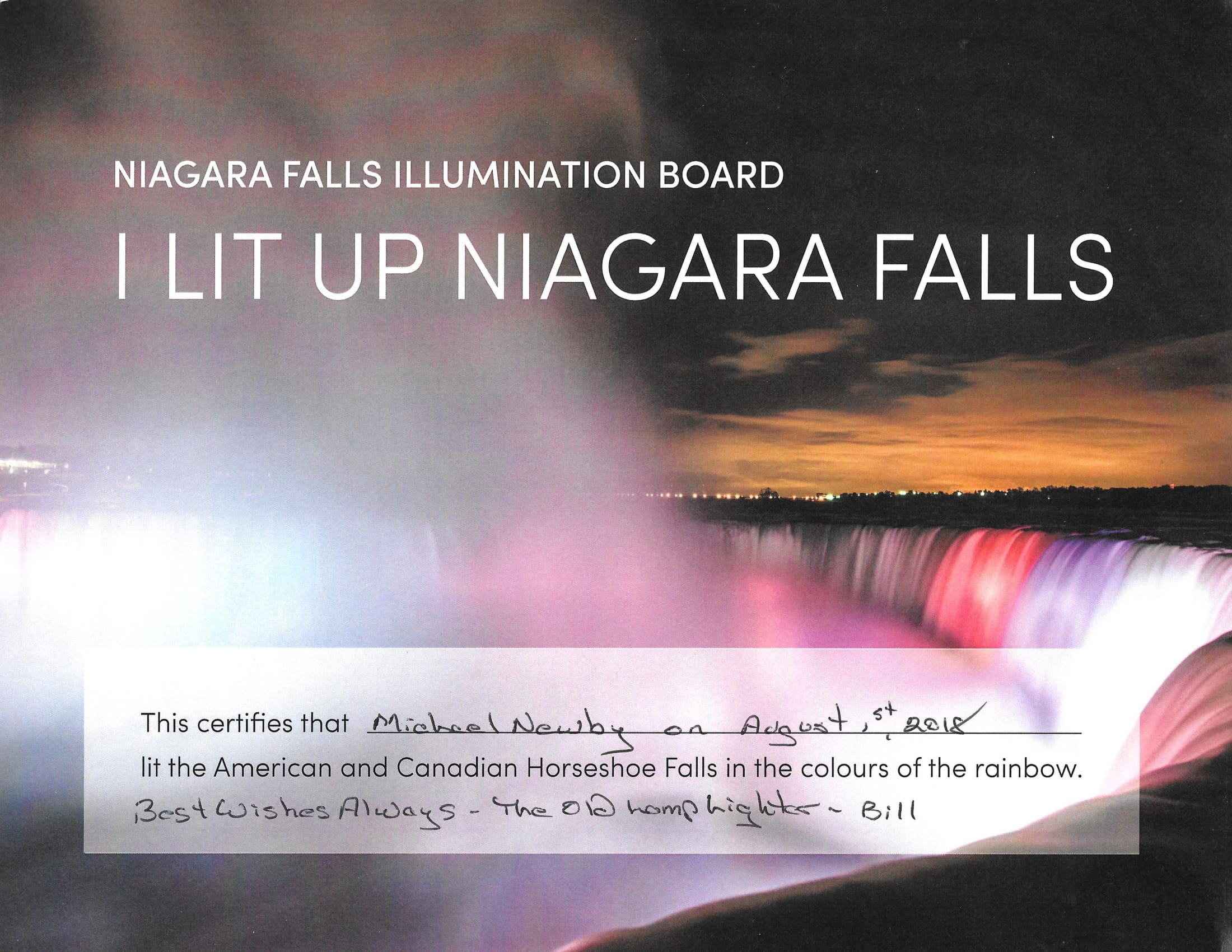 The following day was fun filled. The Band played a lunch-hour concert at Trinity United Church in Gravenhurst that ended with a standing ovation. This was followed by a pizza lunch and a swim at Dan McCoy’s parents place on Gull Lake in Gravenhurst. The highlight of the afternoon was roasting marshmallows and making Smores – a wonderful Canadian outdoor tradition. 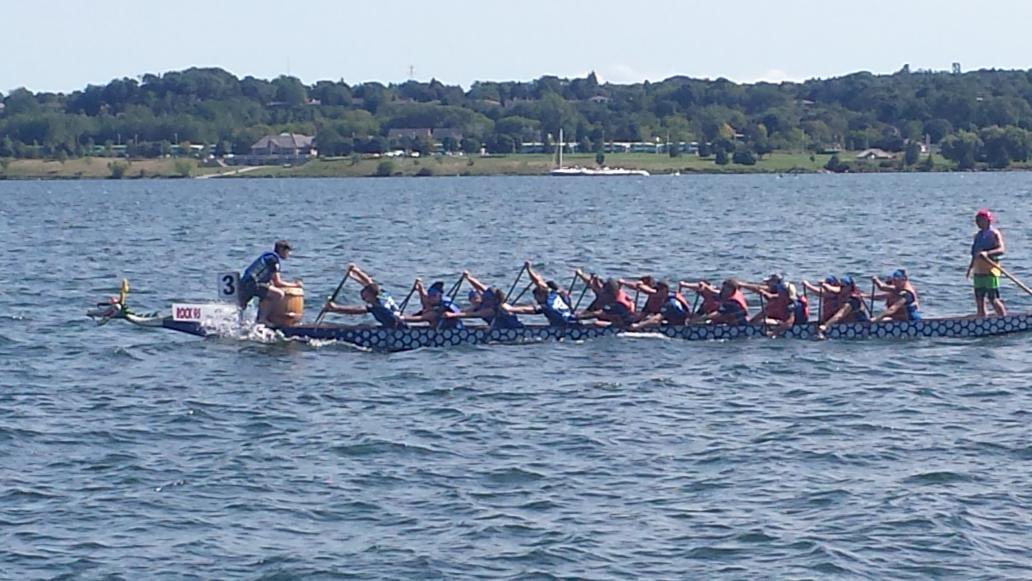 The Band enjoyed a afternoon on Kempenfelt Bay trying their hands at Dragon Boating on Friday, 3 August, 2018. 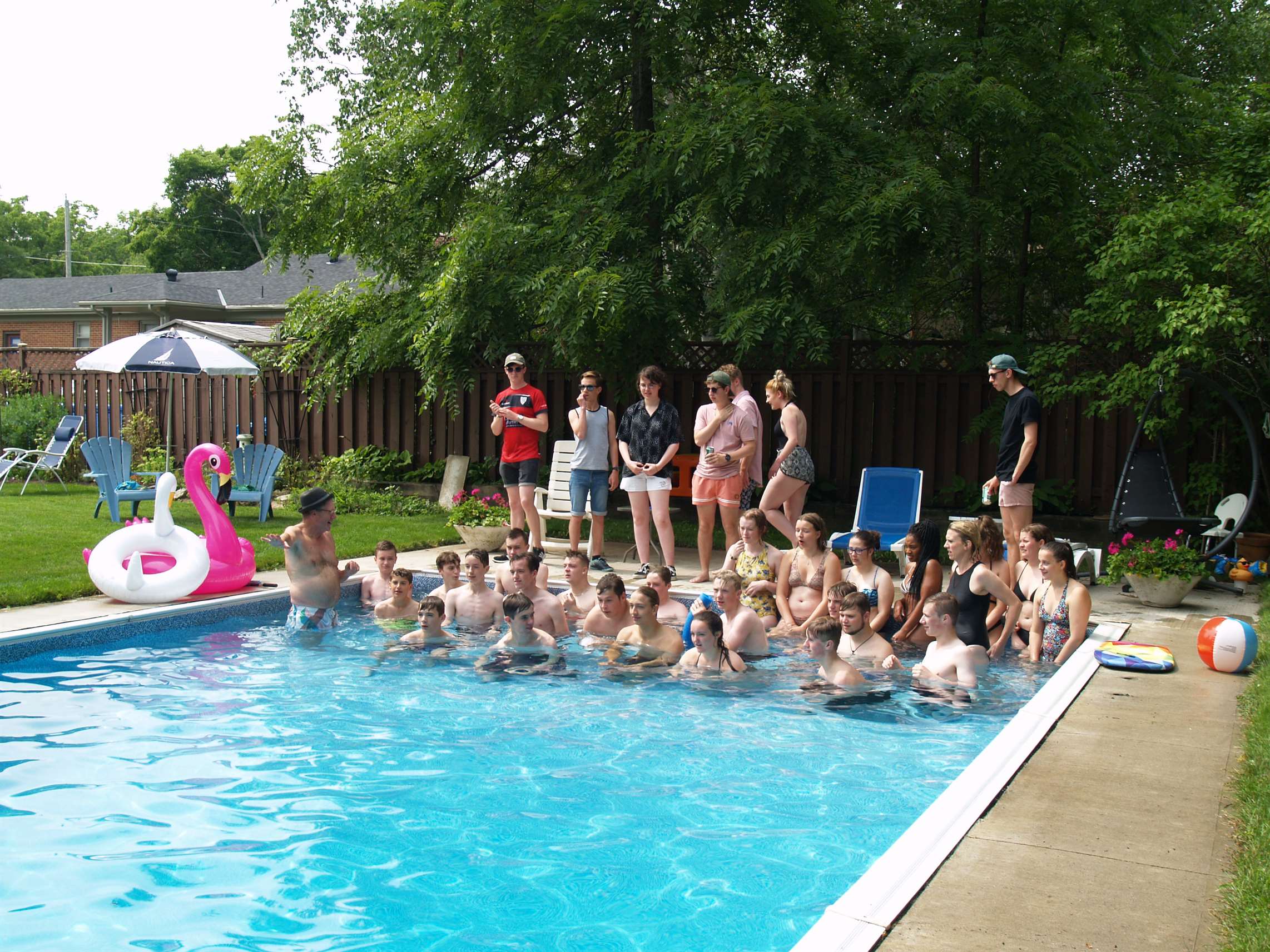 Time for the Band to relax in the Garrett’s backyard pool and enjoy a BBQ after a refreshing swim.

The Tewit Youth Band was given a rare opportunity on Saturday, August 4, 2017, when they were invited to be part of a Mass Brass Band Parade with 1,200 Army Cadets at the Blackdown Cadet Camp at CFB Borden. Sir Thomas Ingilby was given the singular honour of being the Reviewing Officer for the parade that morning and talked to the Cadets about the importance of international relations and being ambassadors for their countries. The Tewit Youth Band was then hosted at the Blackdown Music School, where each band took turns playing various musical numbers to display their talents. This exercise broke the ice and facilitated subsequent conversations among both bands’ members over lunch in the Cadet Dining Facility. 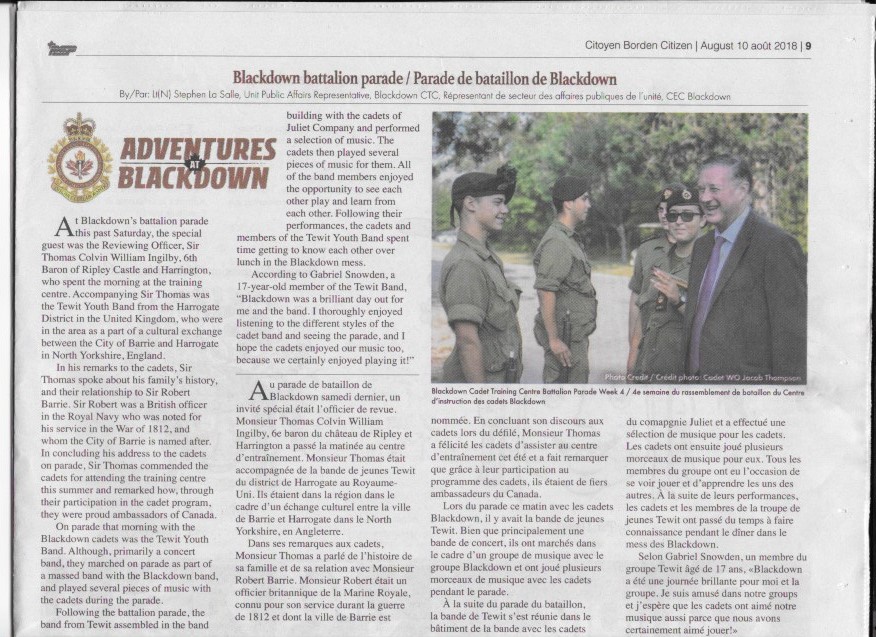 Sir Thomas Ingilby was given the honour of bring the Reviewing Officer at Blackdown. 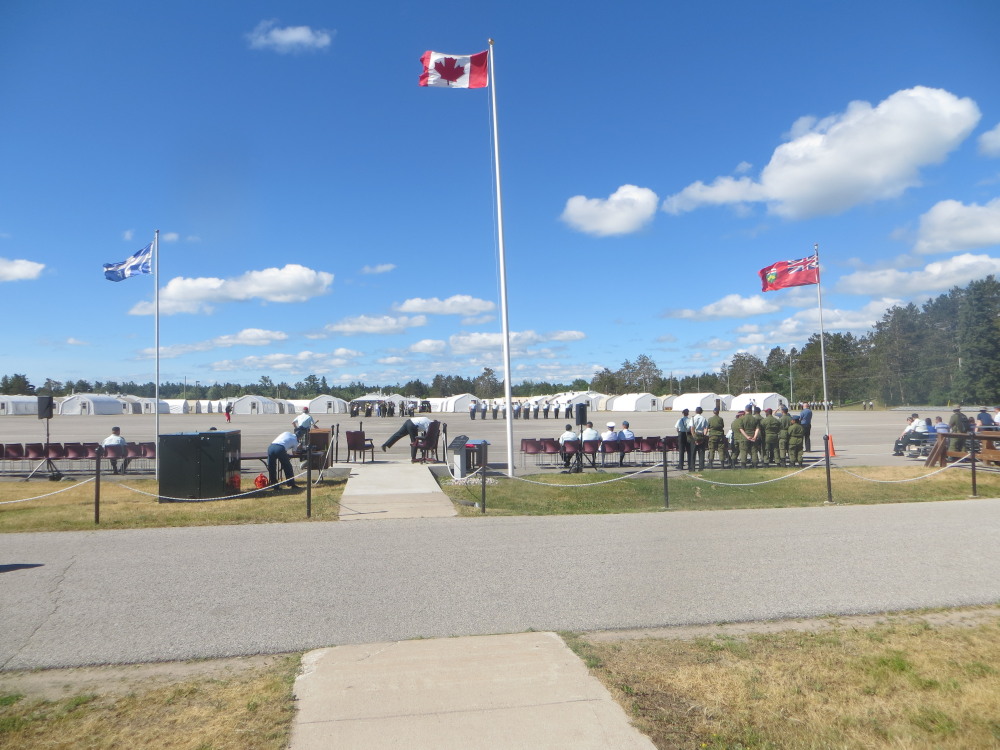 The Parade Square at the Blackdown Cadet Camp, CFB Borden.

A local highlight was the Band’s concert at Kempenfest on Monday, the 6th of August. The appreciative audience enjoyed their lively concert. Band Director Martin Hall invited Barrie Mayor Jeff Lehman on stage to play the drums for one of their songs, and the Mayor readily agreed, much to the delight of the crowd. 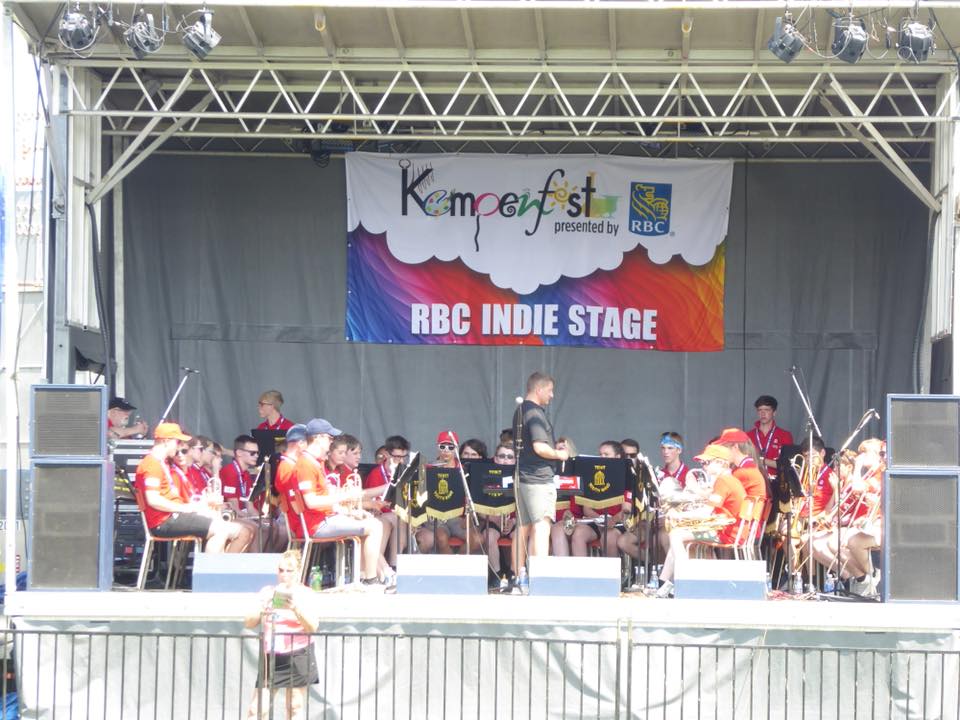 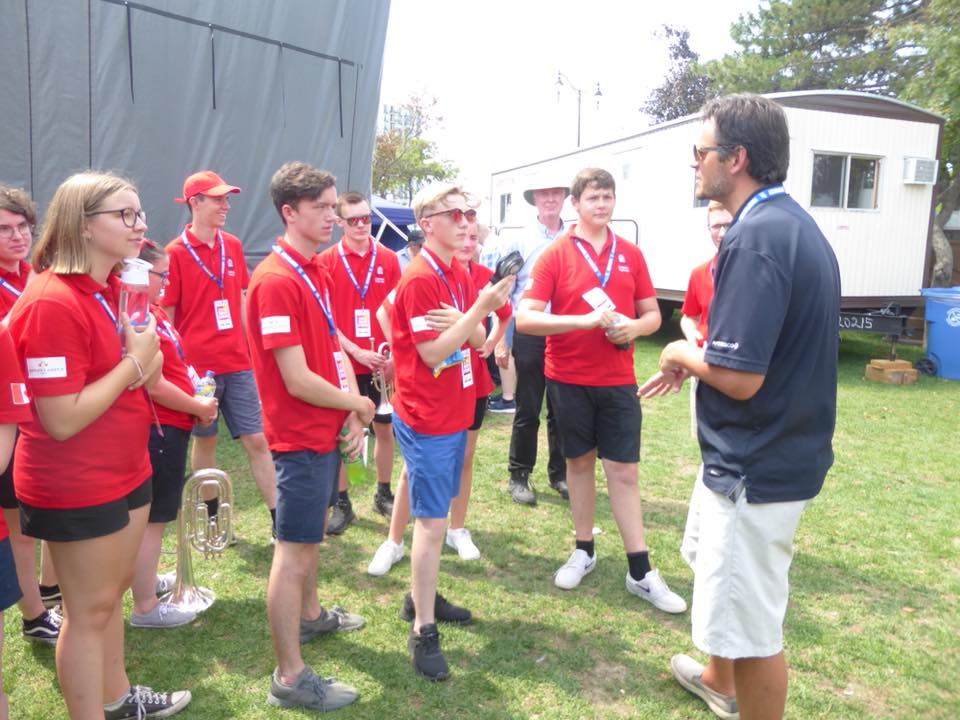 Mayor Jeff Lehman praising the members for the band for their outstanding performance.

The 10-days visit quickly passed while the band enjoyed the hospitality of their home-stay hosts. On Tuesday, 7 August, the Band played its final concert with its current members at the Westside Lutheran Evangelical Church (WLEC) in Barrie. It was the final time that the Band would play together since seven of its members were ‘aging out’ and would not play with them again. As such, their performance was emotionally charged, which peaked their performance. At the end of the concert, the senior member of the band gave a heart wrenching speech about what the Canadian tour had meant to him and the members of the band, as well as how his time with the band had molded him as a person. There was not a dry eye in the house when he had finished talking.

The following day the Band toured Toronto and travelled back to Barrie for a farewell dinner at the Knights’ of Columbus Hall on Berczy St, Barrie with local dignitaries, the host families, and the organizing committee. Speeches were given by the IRC Chair David Morrison, Mayor Jeff Lehman and the Tewit Band President Colin Gibbs. The following day, the Harrogate guests were given time to do some last-minute shopping with their host families before flying back to Harrogate via Toronto and Manchester.

There were many friendships made between the host-families and the Tewit Youth Band members. The successful twinning trip will long be remembered by all who participated.