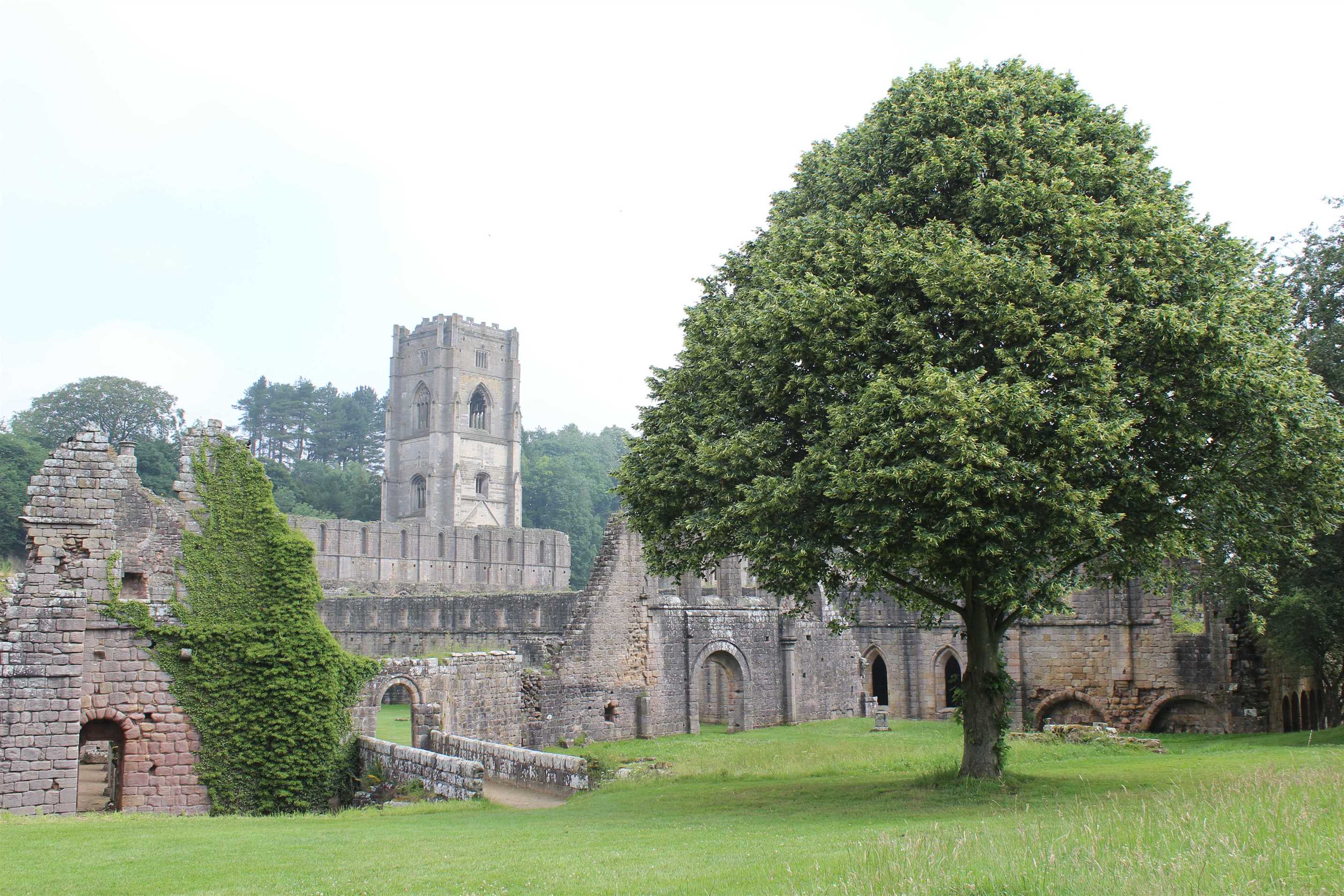 During the second week of July 2019, thirty-seven musicians of St. John Fisher Catholic High School, Harrogate, toured southern Ontario. Part of a biannual tour program, the tour featured the Concert Band, Jazz Orchestra and all musicians who will sing as part of the choir. Mr Craig Ratcliffe, Director of Music, conducted the Concert Band and Senior Choir, along with Mr. Nigel Beetles, who directed the Jazz Orchestra. Harrogate’s rich musical heritage includes the north of England’s largest arts festival and an international youth music festival that draws musicians from all over the world. 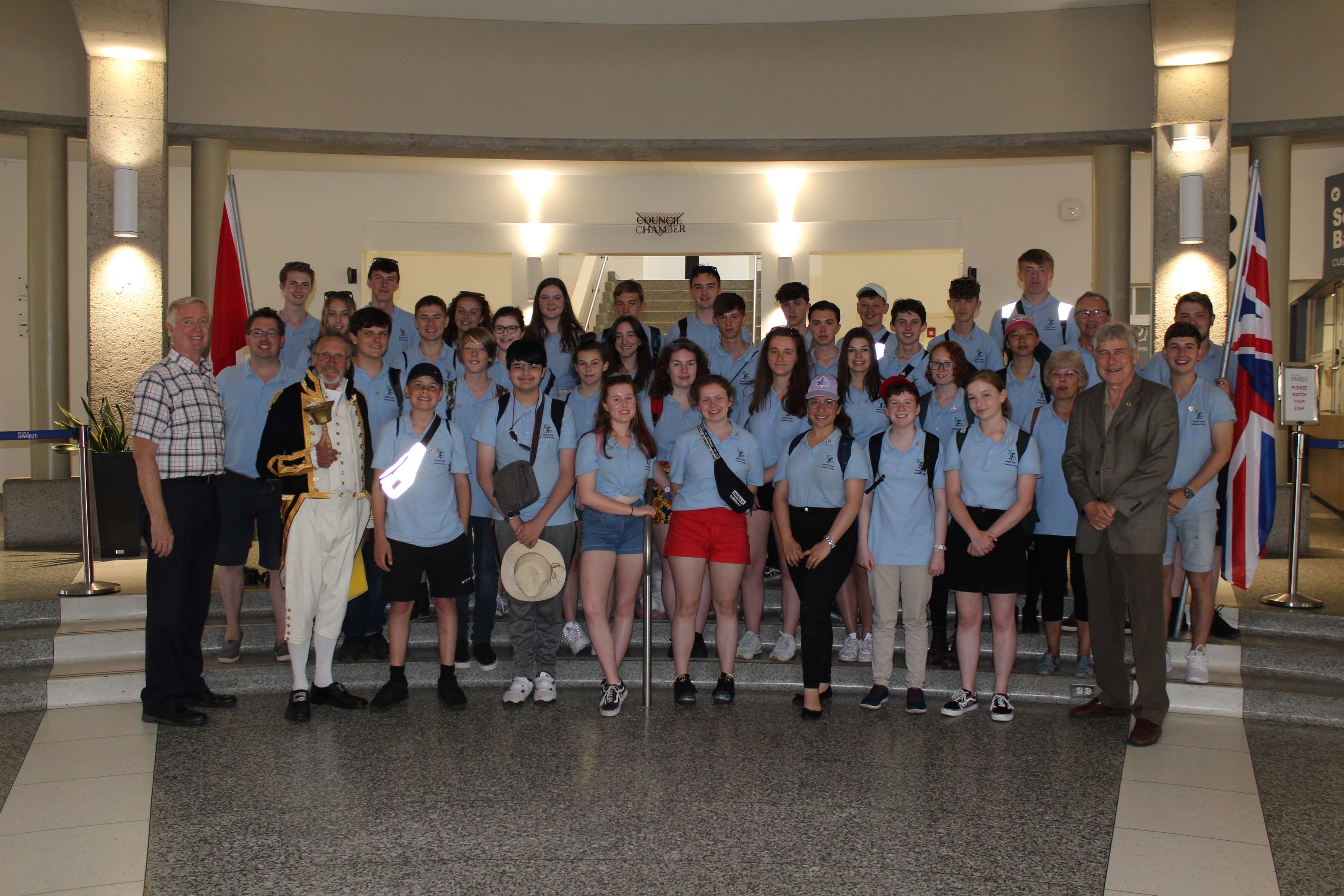 As part of Barrie’s Twinning Program, the musicians were invited to Barrie to play at an evening open-air concert at the new band stand at Meridian Place on Friday, 12 July. They readily accepted the invitation and were welcomed by Deputy Mayor Barry Ward, the IRC Harrogate Chair Bill Sergeant and IRC members Jean Maurice Pigeon and Bunty Brooks, and Sir Robert Barrie (aka Steve Travers) that morning. Sir Robert Barrie then took them on a walking tour of downtown Barrie, regaling them with stories about Barrie’s past and why the city received its name. This was followed by a picnic lunch at Centennial Beach, where the musicians could unwind during a pick-up game of soccer (English football). The overcast sky gave way to bright sunshine as the guests walked over to the city’s docks at Heritage Park, where two dragon boats were waiting for them. After receiving some professional instruction about the art of dragon boating, the musicians were divided into two groups, one for each boat. They quickly learned to paddle as a team as they toured the shores of Kempenfelt Bay. 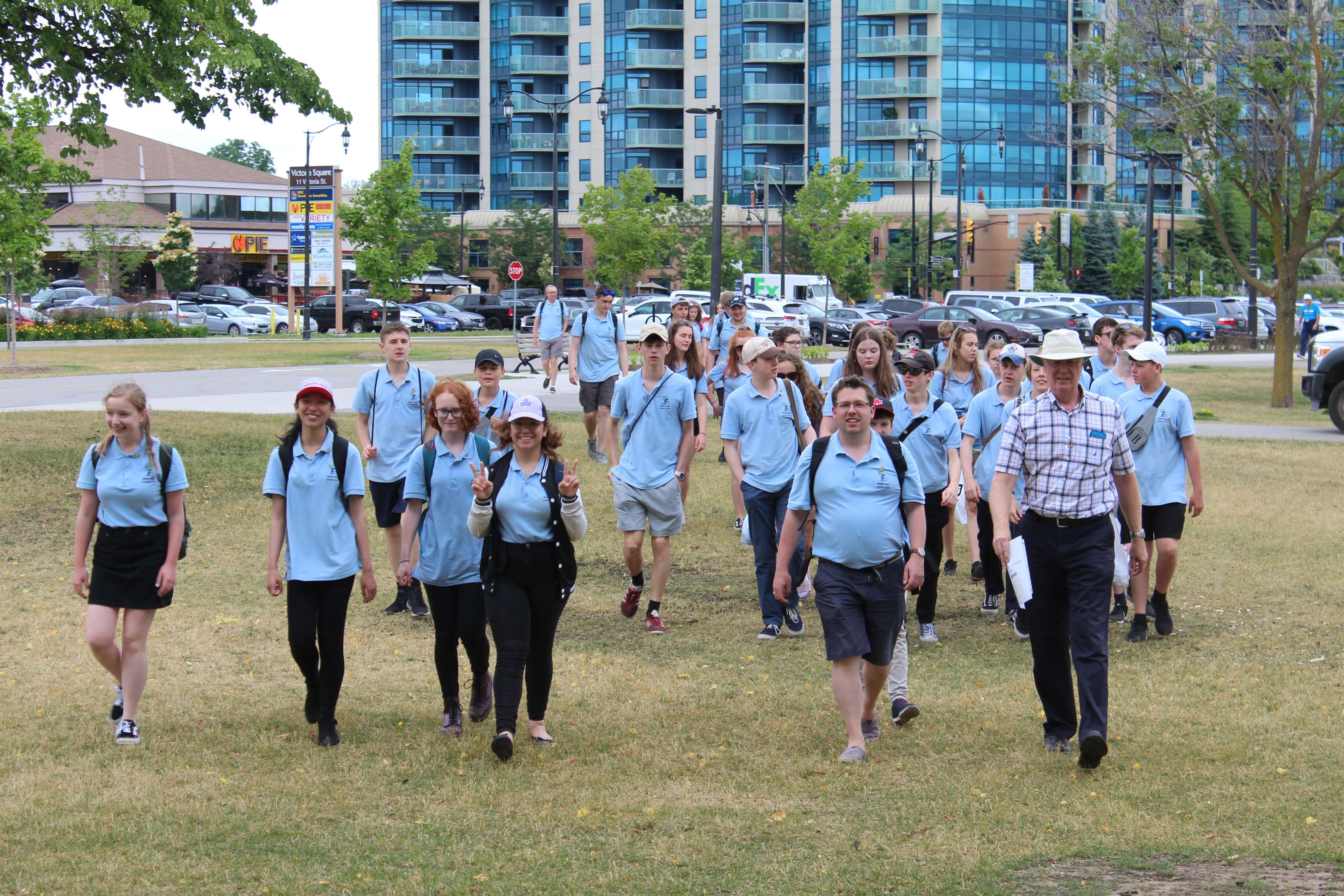 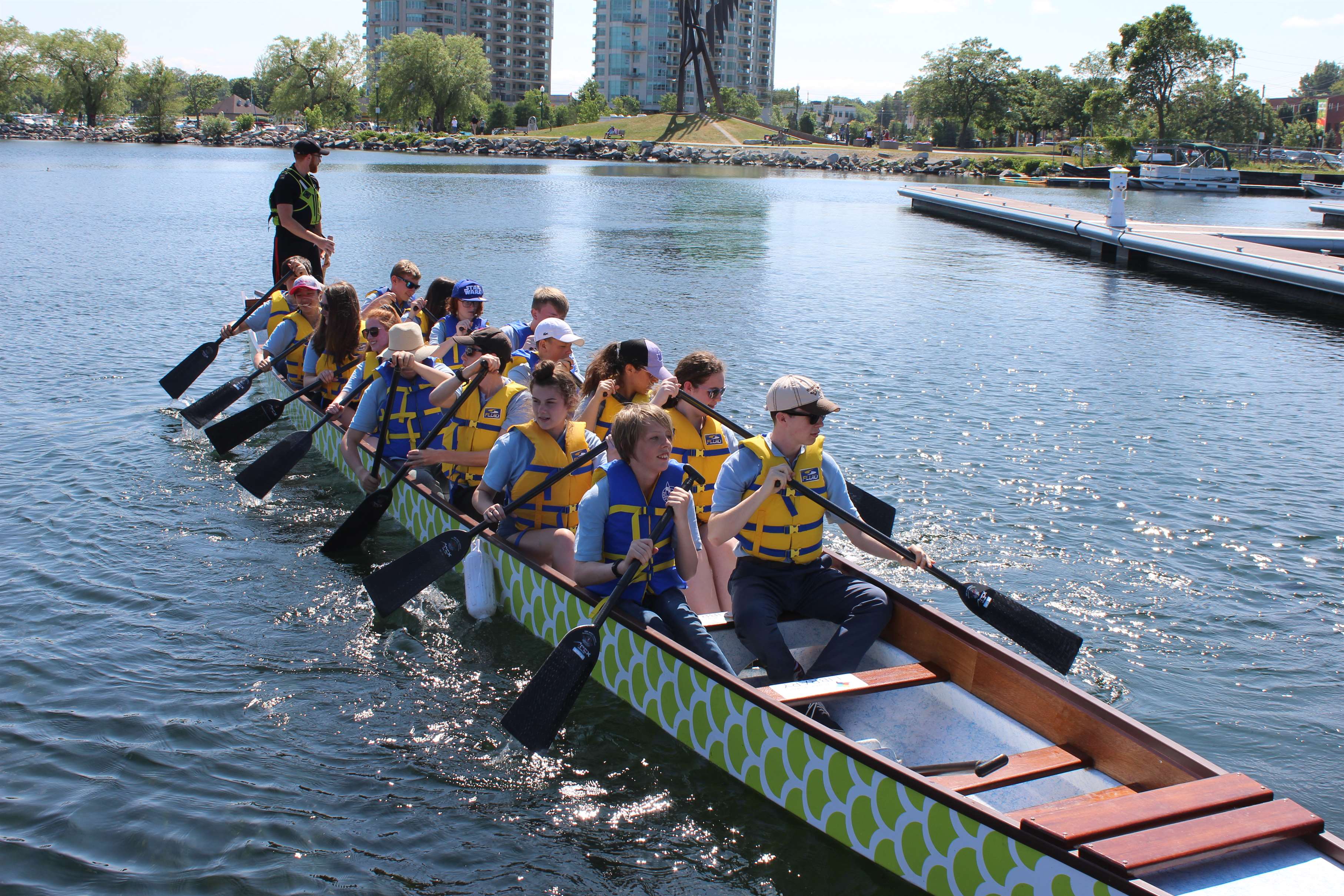 Once the dragon boats were stored ashore, the group walked over to the Trinity Anglican Church of Barrie to enjoy pizza prior to changing into their concert uniforms. With the assistance of the Pigeon family, they then set up the stage at Meridian Place for their evening open air concert. Over 250 people enjoyed the two sets, which included performances by the Concert Band, Senior Choir and the Jazz Orchestra. At the end of the evening, our visitors from Harrogate travelled back to the Toronto to get ready for their trip home the next day. 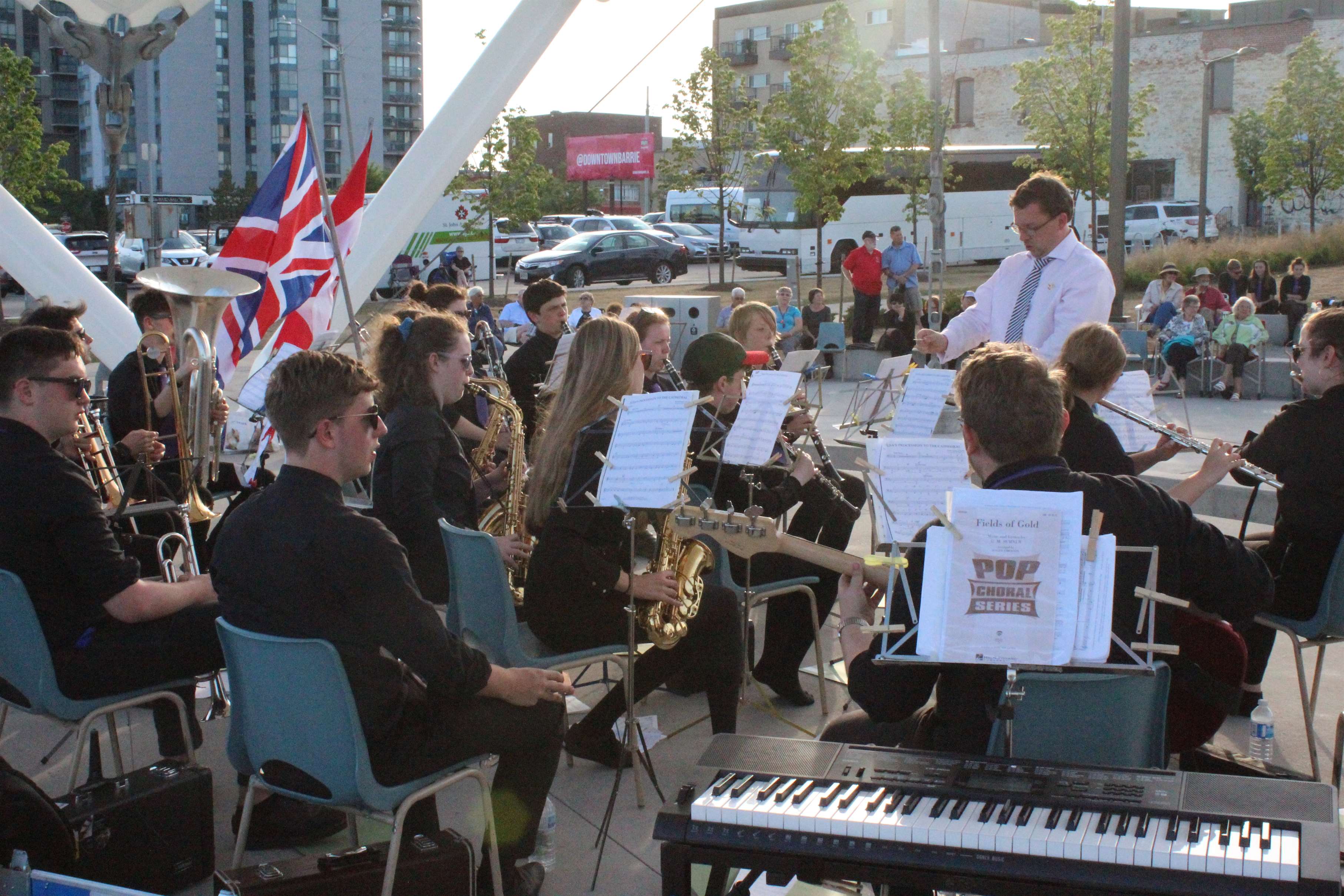 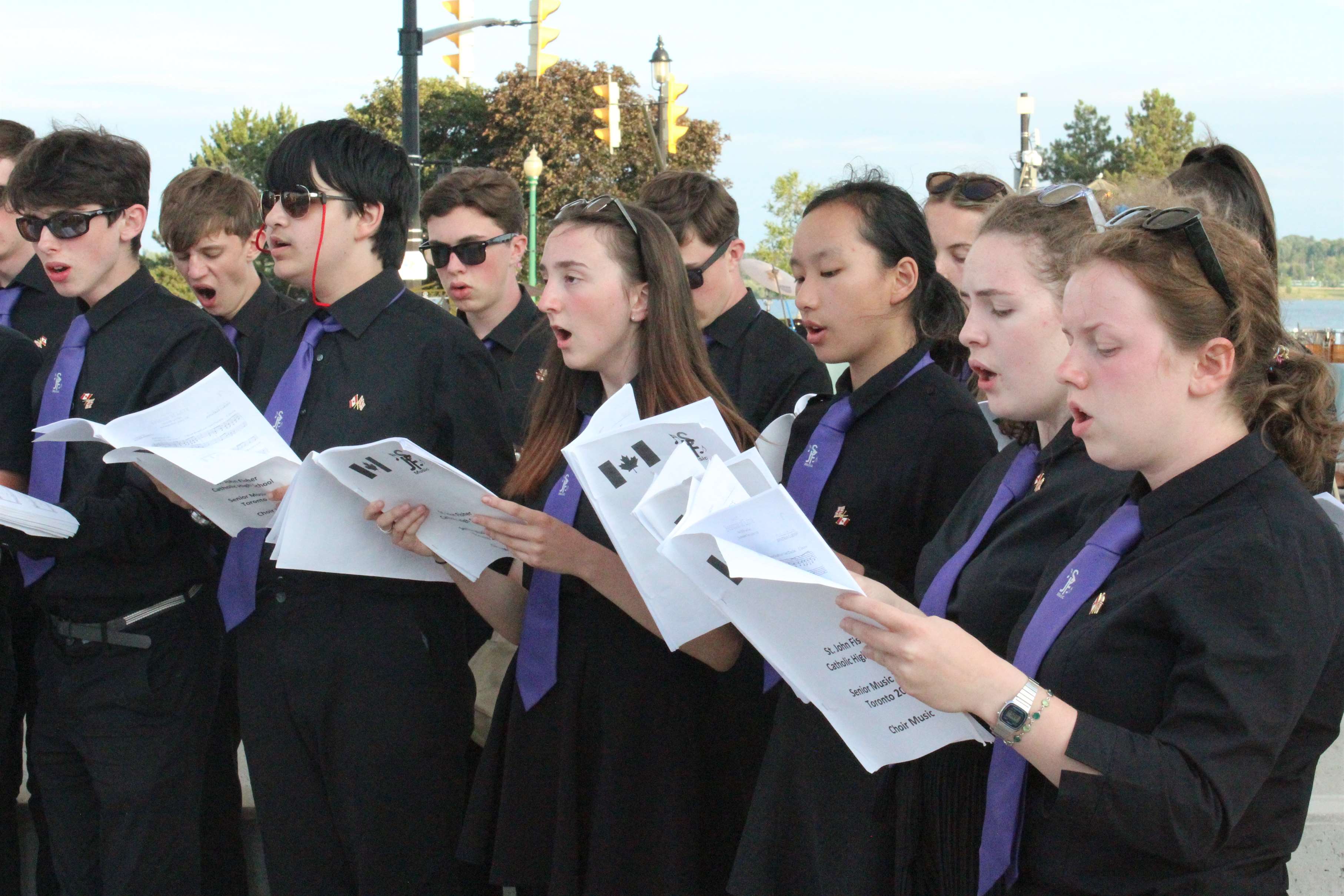 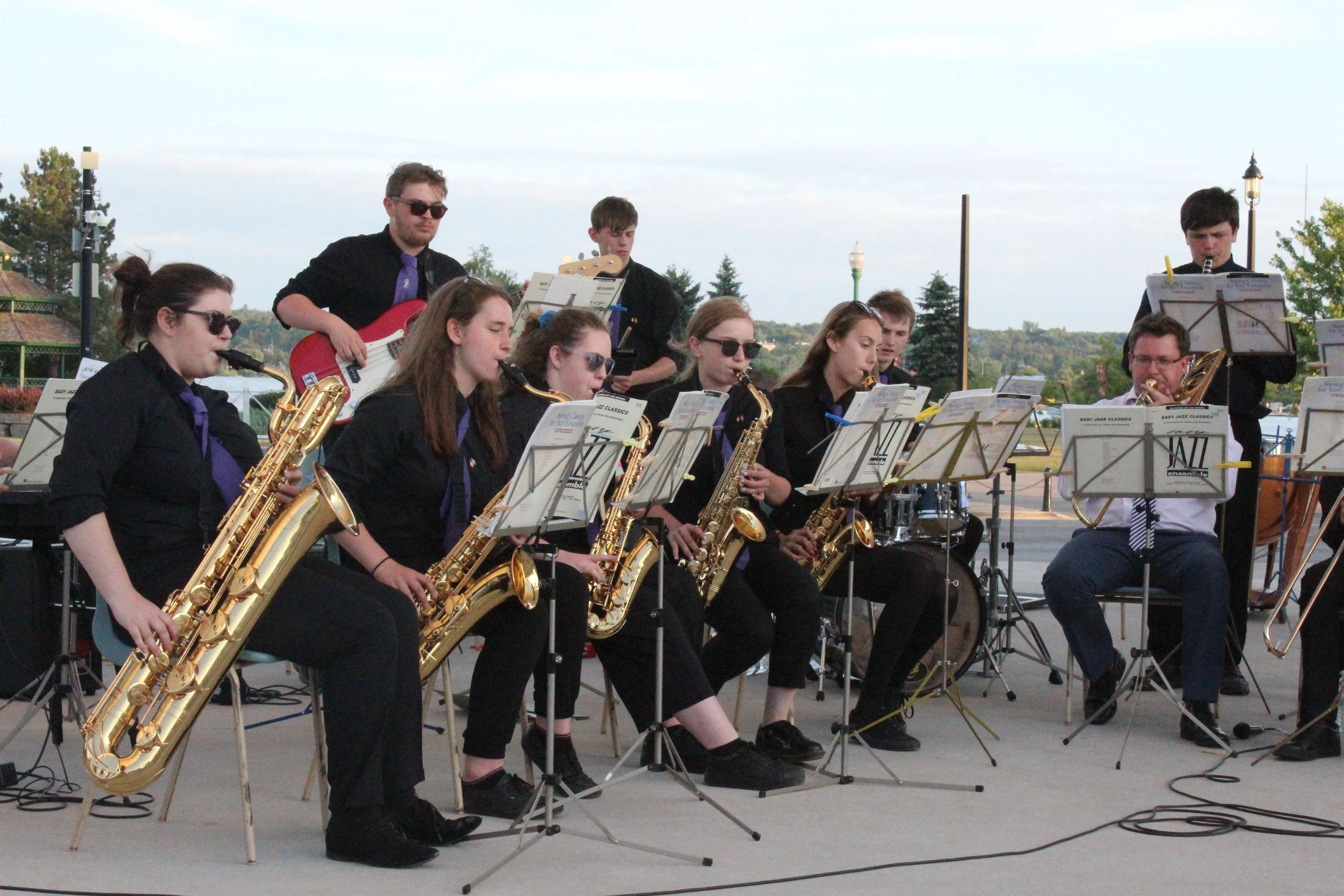 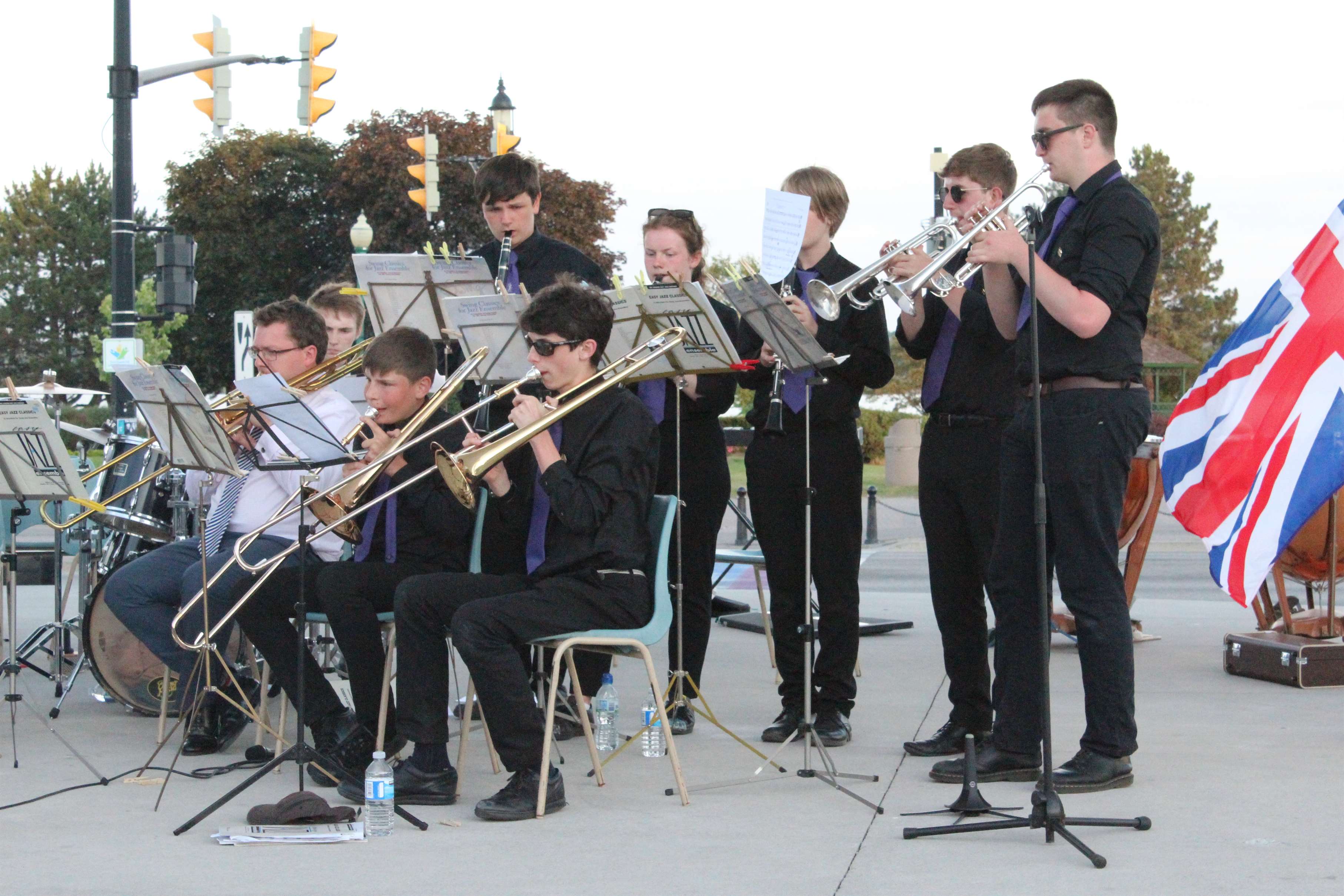