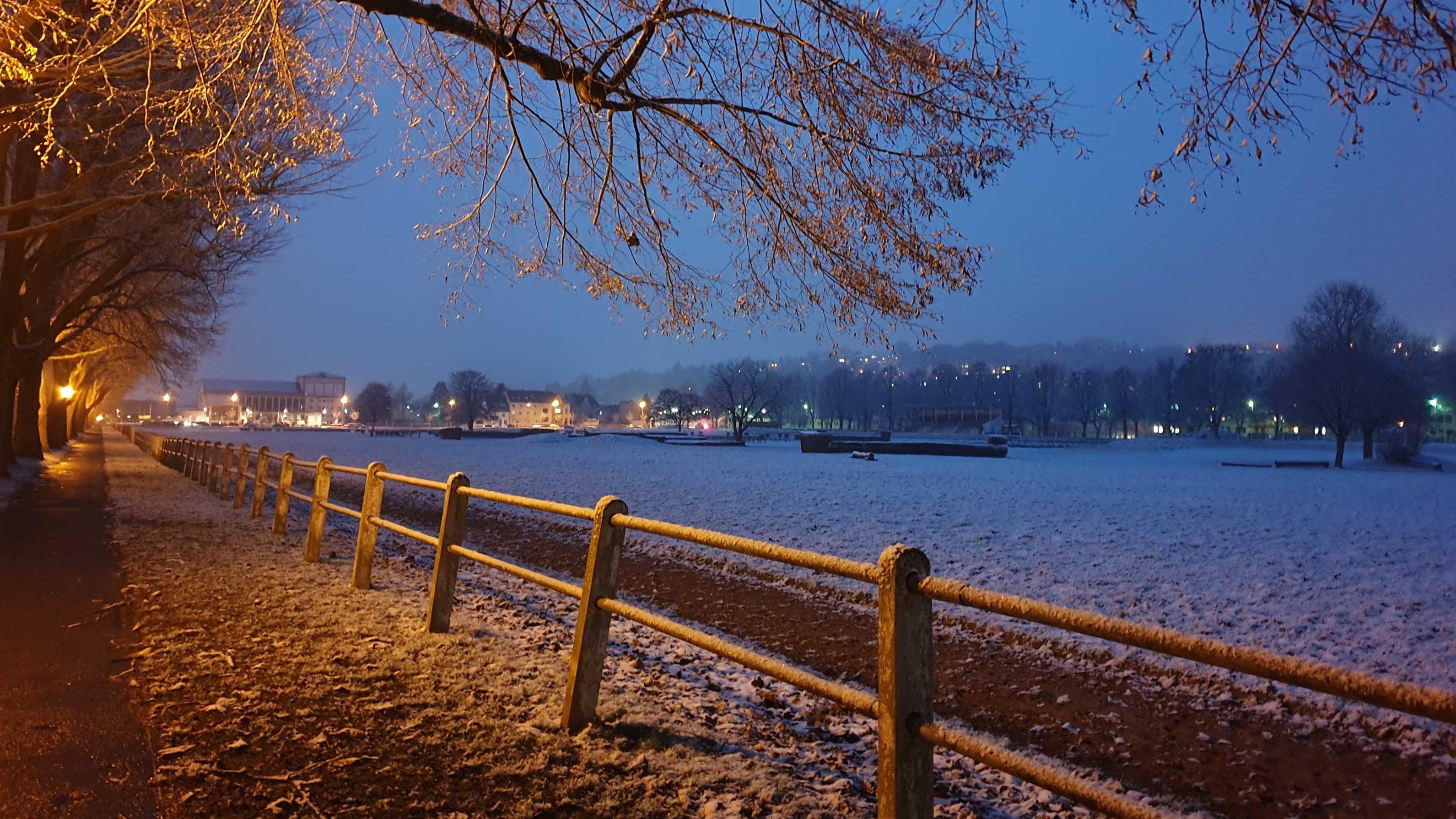 There have been a number of exchanges between groups from the City of Barrie and groups from the City of Zweibrücken. Sports exchanges have played a major part in building friendships between the two countries. The first exchange involved a Youth Hockey Team from Zweibrücken. The team played in the Peter Cunningham Memorial Arena which is located at the site of the former Air Base. The Arena was built to provide the Canadian contingent with a taste of home. It was named after a 434 Squadron Pilot, Flying Officer Peter Cunningham who was killed in a mid-air collision while flying a Sabre aircraft. Another 434 Squadron pilot was also killed as the two aircraft collided above the village of Rimsdorf in France. Peter Cunningham was from Ottawa and was remembered as an accomplished football and hockey player. 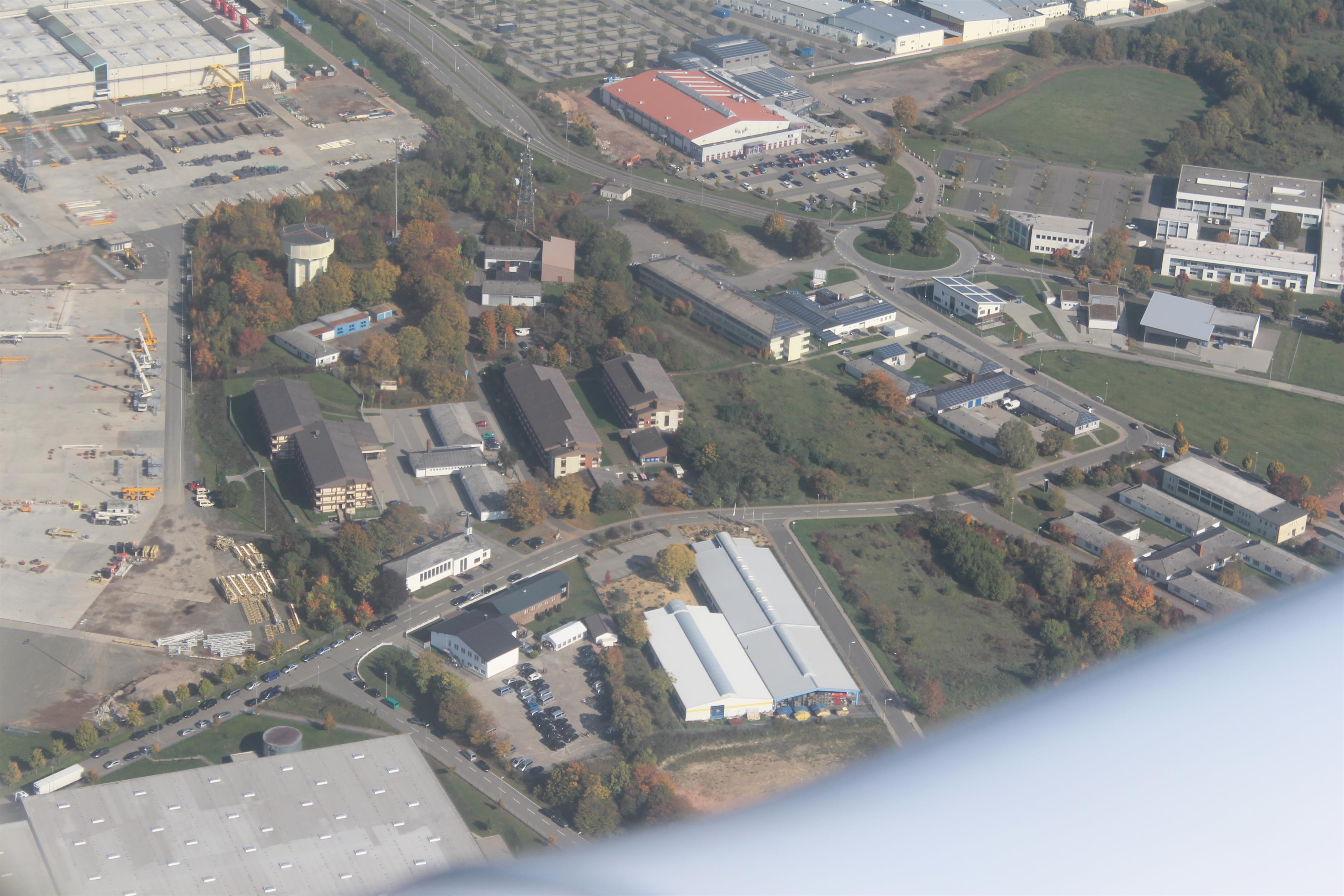 A photo, taken in the fall of 2015, of the Peter Cunningham Memorial Arena with the red roof in the top of the photo. Visible are also the Catholic Church and the Protestant Chapel. These buildings date from the early years of the Royal Canadian Air Force presence in Zweibrücken.

The corner stone for the arena was laid in July of 1955 and it became operational in 1956. There has been ice hockey played in Zweibrücken since that time. It was a fitting choice to have a hockey team travel to Canada as the first official twinning exchange in 1995. Some of the members of that first exchange returned to Canada as adults and continued to play hockey in subsequent exchanges. 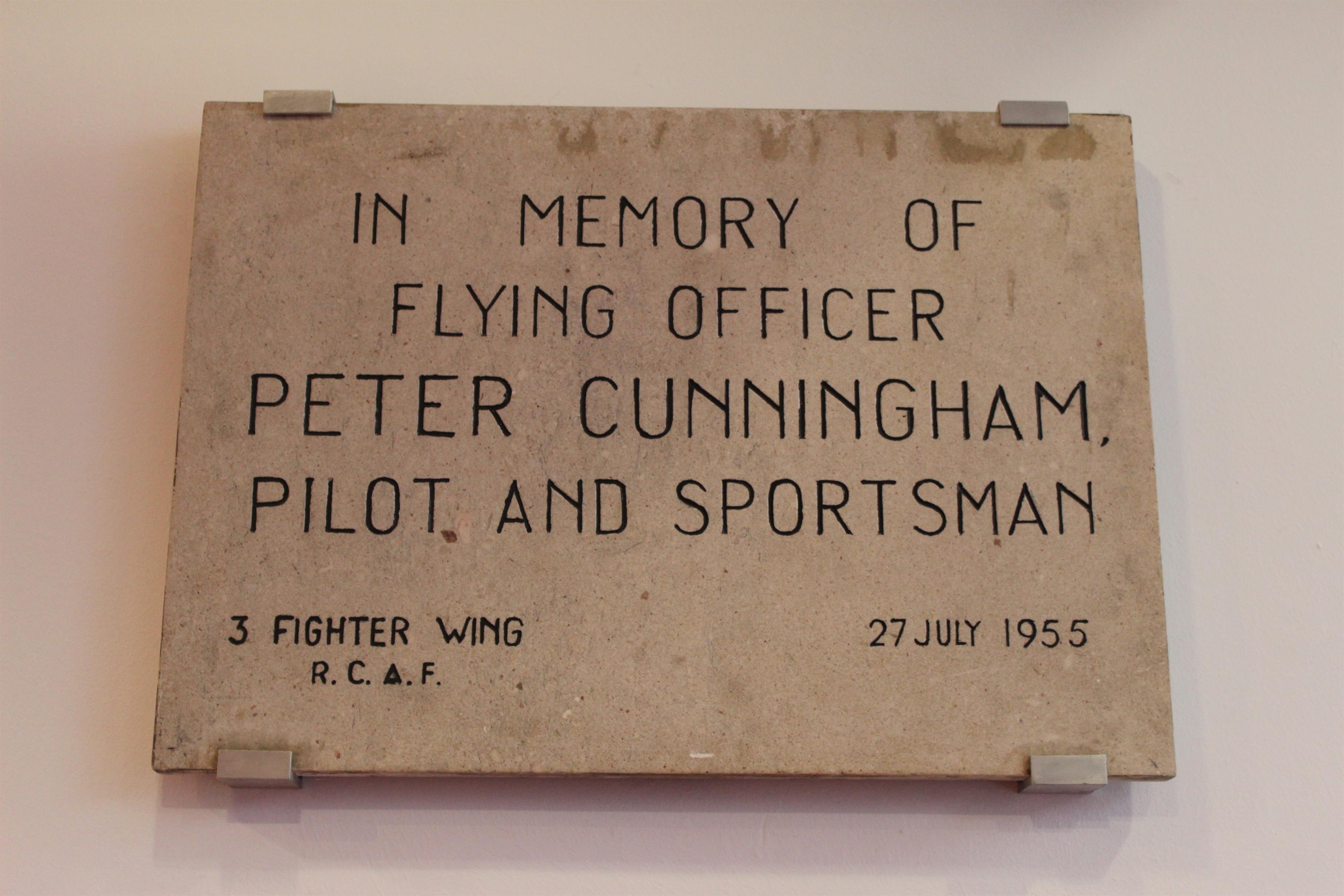 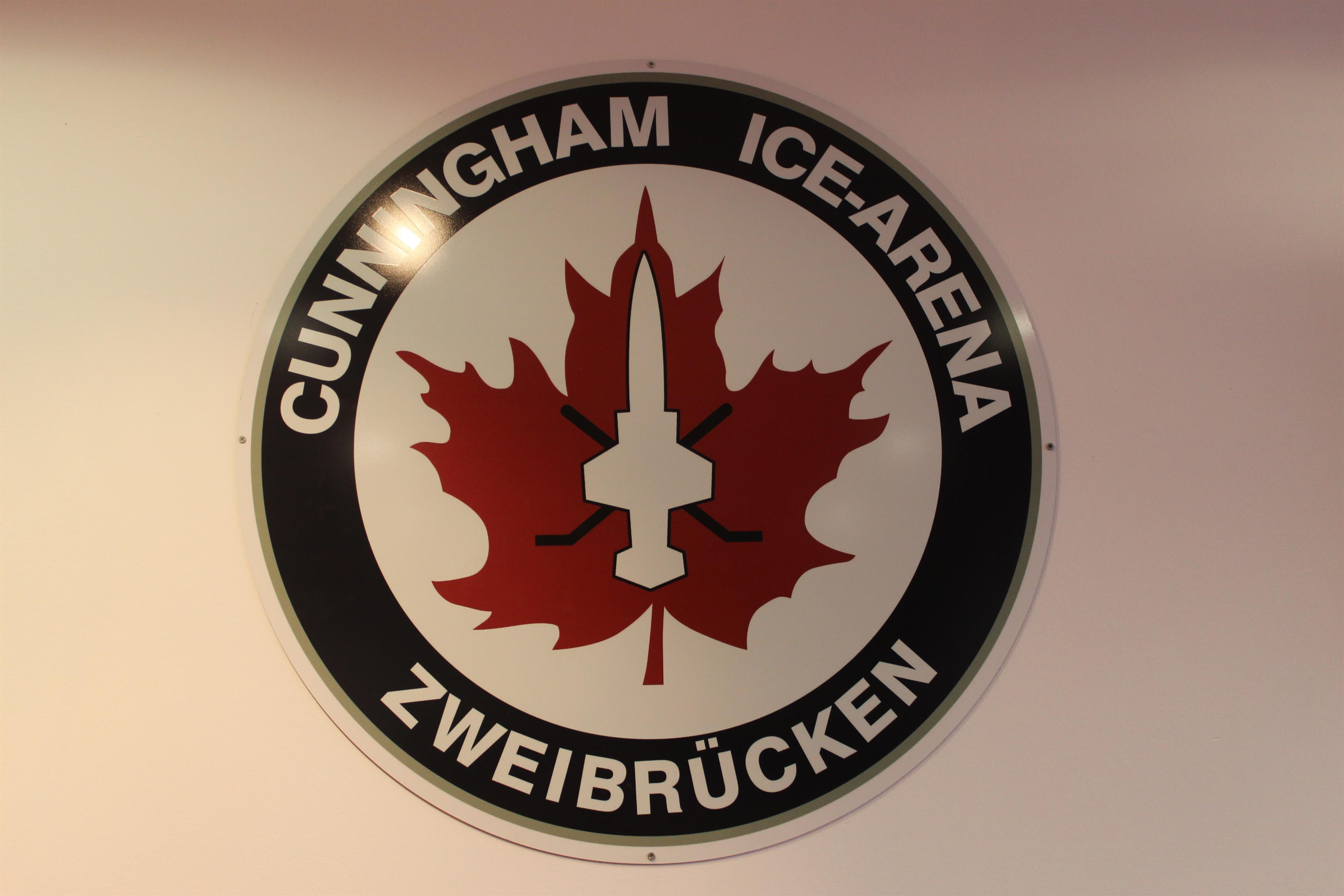 This picture of the Cunningham Ice-Arena logo was taken in December of 2019 in the Zweibrücken Arena. There is no mistaking the connection to Canada and the Royal Canadian Air Force.

The first scheduled game between a Barrie minor hockey team and the Zweibrücken youth team took place in the Dunlop Street Arena and was officiated by NHL Referee, Ron Hogarth. It was a special moment for the German youth when the puck was dropped after opening ceremonies which included the playing of both national anthems. Many friendships grew out of the hosting of the German players in the homes of the Barrie players. To this day, there are still players who travel back and forth across the ocean to visit friends they made during this first exchange. 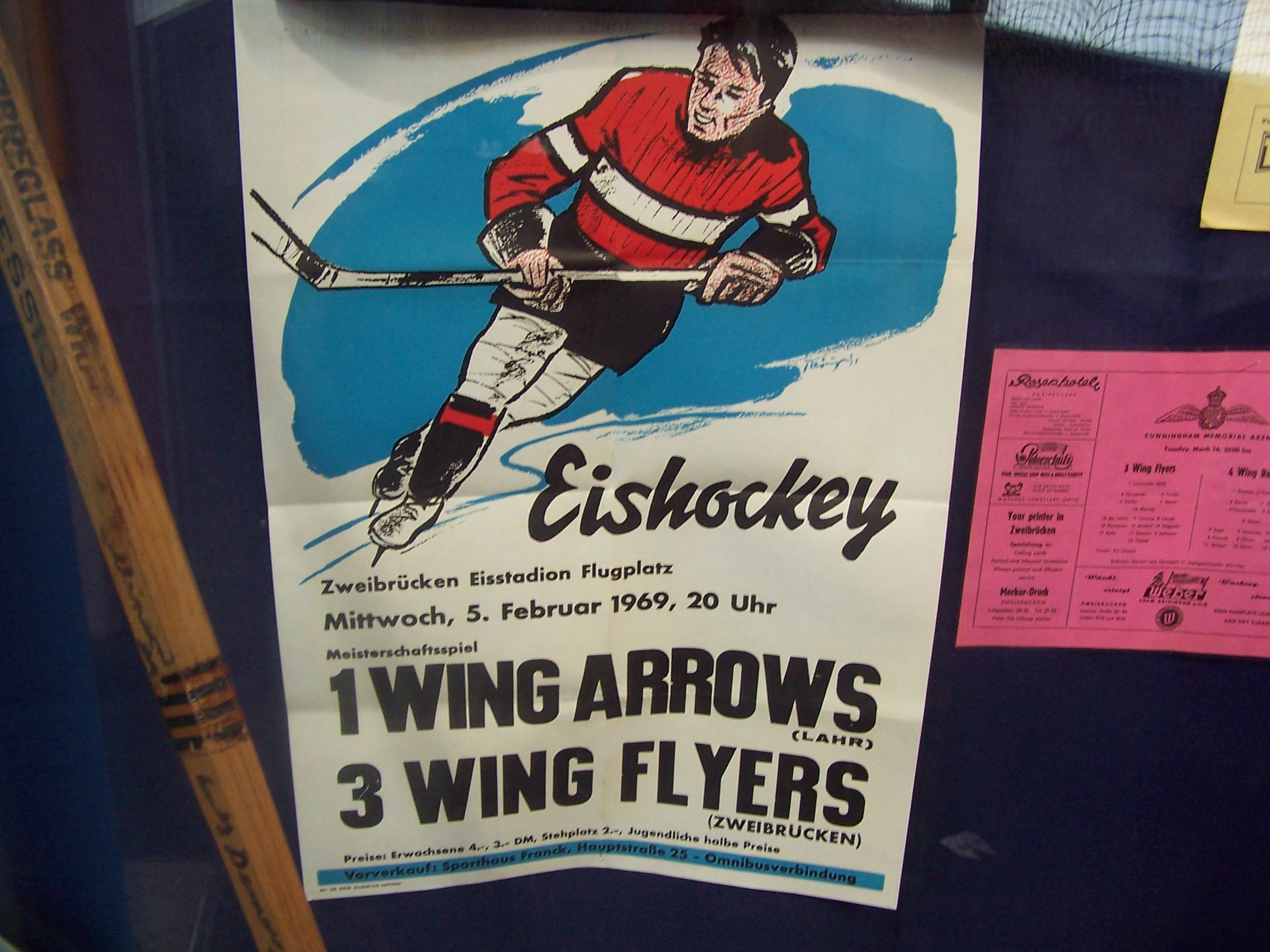 A poster featuring the Canadian team from 1 Wing Lahr vs. the home team, the 3 Wing Flyers of Zweibrücken. 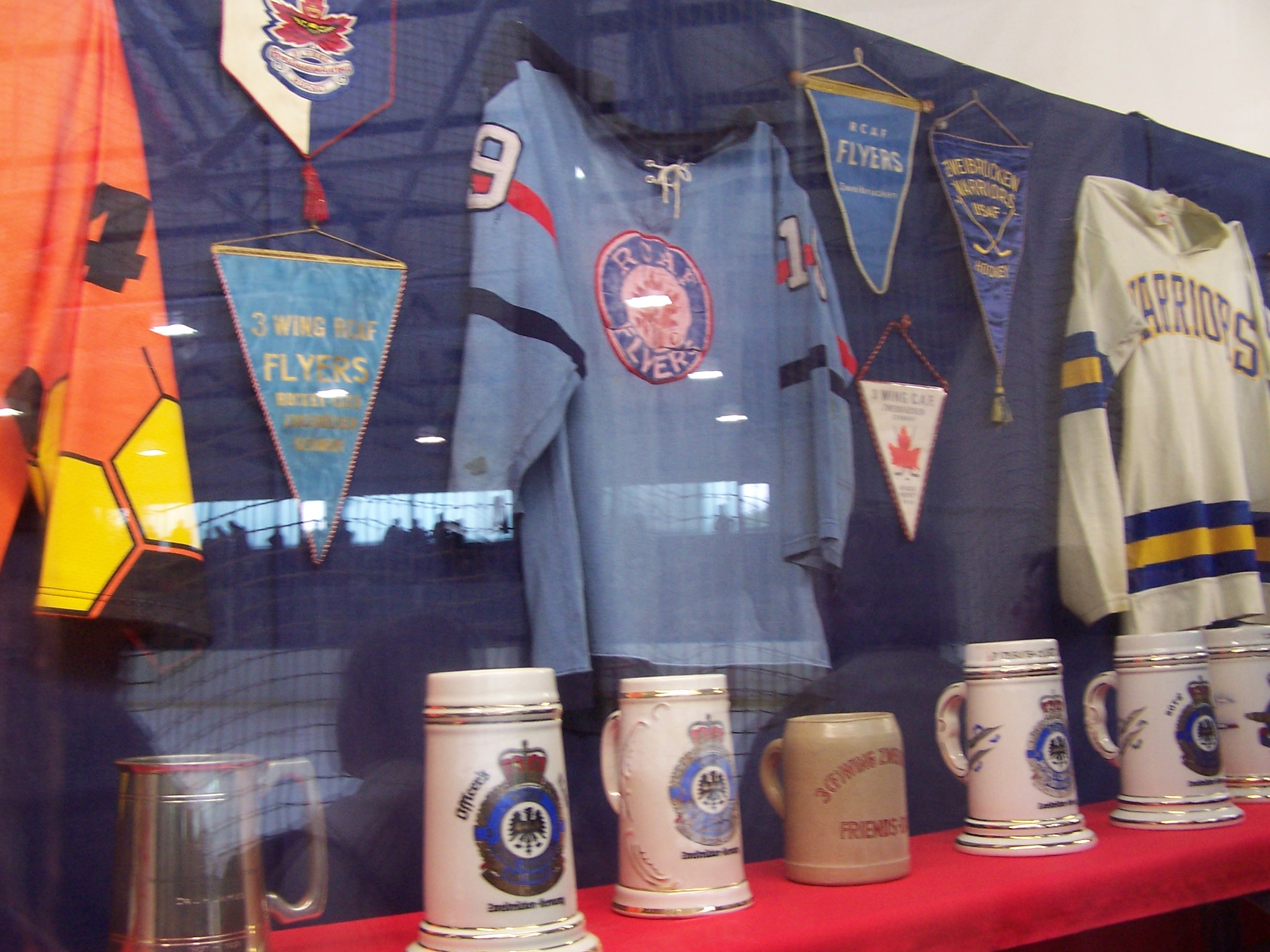 A picture of the 3 Wing Flyers memorabilia as they were true Ambassadors of the Royal Canadian Air Force.

Over the years, there have been a number of hockey exchanges between the two communities. Games have been played in C.F.B. Borden, Barrie and in Zweibrücken as well as cities in France. There is always a special programme set up around each exchange that takes the players and families to special destinations. In Germany, the visits include the Rhine River and the famous Castle in Heidelberg. Canadian highlights include, Ste. Marie among the Hurons in Midland, Niagara Falls, the C.N Tower in Toronto as well as the Base Borden Military Museum.

The love of hockey and the memories of Canadians playing hockey and entertaining the fans in Zweibrücken has kept this sport alive and healthy in the twin city of Zweibrücken. “Flyers” on both sides of the ocean have been staunch supporters of this twinning.